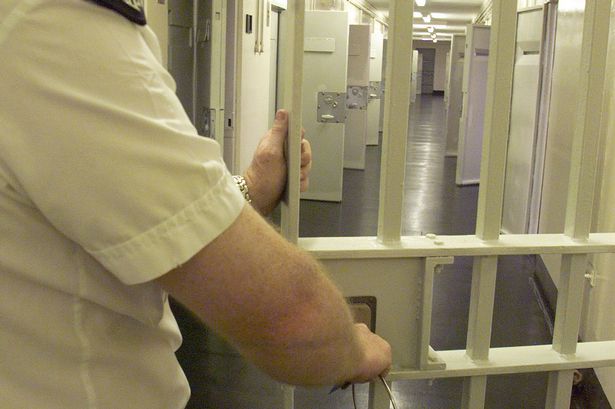 The Prison Service had 376 contracts last year, with inmates working behind bars or at training centres

The Tory austerity drive is making crime pay – with prisoners making millions of pounds for the Government.

Figures released under Freedom of Information laws detail hundreds of contracts carried out by the UK’s 85,000 inmates.

Last year, they were worth more than £5m to Chancellor George Osbourne.

Convicted criminals did everything from washing the kit of Warrington Wolves rugby league club to helping print the Methodist magazine and materials for parish councils and cricket clubs.

Figures show there were 376 Prison Service business deals, all contracts with the National Offender Management Service (NOMS) providing work behind bars and at training academies.

One of the biggest was at Wymott jail, Lancs., where Laundry Direct paid £143,593 for inmates to complete orders for tens of thousands of customers.

At Ford open prison, inmates had a £60,000 contract with the Royal British Legion to make poppies.

Coldingley jail, near Woking, Surrey, did general assembly and packing for nearby West End Parish Council (priced at £27).

Similar work was done at London’s notorious Belmarsh high security prison for a private firm, in a deal worth more than £7,000.

At Norwich jail, one contract may help criminals to see the light.

They work hard to print the Methodist Magazine in a deal worth £756.

Inmates at Risley, Lancs., earned hundreds of pounds to do laundry for Warrington Wolves.

At the same jail, Timpsons shoe repairs and key cutters pays £37,015 to run their Training Academy.

Company founder John Timpson spoke recently of his belief in giving people a ‘second chance’ by giving them jobs once they are freed.

His chain of shoe repair stores and key cutters allows prisoners to come to work for the firm on day release.

He told how some are in management positions, running individual outlets for him.

Yet they have to return to prison at the end of each working day.

Timpsons then takes on former prisoners full-time at the end of their sentences.

Mr Timpson told BBC Radio Four’s ‘Desert Island Discs’ that they stand a far greater chance of going straight if they get a job on release.

A Prison Service spokesman confirmed the £5.4m made from the contracts can be put back into the penal system.

He said: “Both the Justice Secretary and Prime Minister have said we need a prison system that sees prisoners as potential assets, not just liabilities.

“These figures show the value of purposeful activity in our prisons, providing offenders with a chance to turn their lives around whilst generating money that can be put back into the prison system.

“By giving prisoners the skills and opportunities they need to find work, we can help reduce re-offending, cut crime and make our streets safer.”