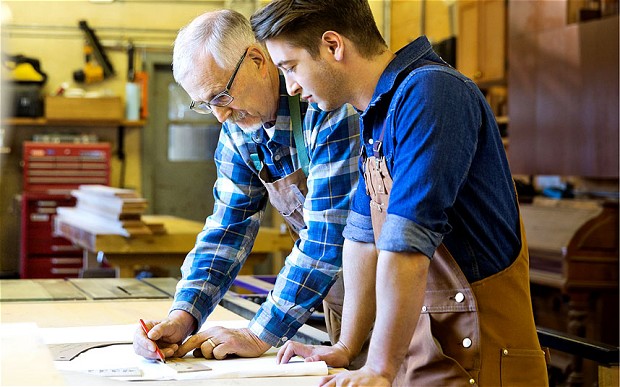 Q: We’ve had a week to digest the Autumn Statement and Comprehensive Spending Review. Now that the dust has settled, do you think it was broadly good or bad for business?

A: After every budget statement (and we seem to get plenty of them these days), it is natural to look at the proposals from a personal point of view.

In his attempt to balance the country’s budget the Chancellor has made it almost impossible for us and other retailers to balance our budgets. No wonder Dave Lewis of Tesco is unhappy.

With sales pegged by zero price inflation, it will be tough to pay for the living wage, auto enrolment and the proposed apprentice levy and still have enough money left for planned future investment.

Perhaps shopkeepers are getting paranoid but facing a further delay before putting some sense back into business rates suggests that either George Osborne is in no hurry to readjust the tax burden between on-line and high street retailers, or his civil servants simply can’t find another way to raise the £27.3bn.

hoped this statement would show signs of turning my dream of “upside down government” into a reality. Optimistically I looked for less red tape and the cutting of central costs by a government that recognised that most wealth is created by private enterprise.

In my dream, ministers recognised that their role is to support business, not by telling executives how to do their job but by clearing obstacles that get in the way of success.

The apprenticeship levy has turned my dream into a nightmare.

At a stroke, this thinly designed payroll tax has introduced a new bundle of red tape designed to dictate, in detail, how we run our business.

Every new Timpson colleague joins our apprentice scheme, a comprehensive programme that covers all our services including cobbling, key cutting and watch repairs. We have developed a full set of illustrated training guides and a rigorous skill testing system.

Colleagues are required to be fully qualified in all our services by the end of their 12 month apprenticeship. It’s an expensive exercise but money well spent. It is the only way to make sure we provide a quality service in every shop.

In addition we will now contribute 0.5pc of payroll as an apprentice levy, without getting any of it back to pay for our own apprenticeships.

So what happens to the extra £750,000 we put into the apprenticeship pot if it doesn’t help to pay for our gold star training scheme?

First, there is a new standards body to fund, an extra arm of government which will set the rules and decide what boxes have to be ticked. Although its membership will be drawn from industry this new agency will be guided by back room staff who will be keen to develop a process and run apprenticeships by their rule book.

The rules will call for national training standards. Good news for the massive structure of training agencies and independent training providers, who are already sharpening their pencils ready to tick all the right boxes on industry’s behalf.

It’s ok for the engineers, they have a nationally approved training structure. But there isn’t a national apprentice scheme for cobblers and key cutters, we have had to develop our own.

Over the next few months we will be pestered by training providers keen to tweak our training scheme so that we can qualify for some modest training grants while they earn a substantial slice of the levy for themselves.

We prefer to stick to our own scheme even if we pay the levy and get nothing back, but it’s a pity that so much of our money looks likely to be used to fund more bureaucracy and increase red tape.

Q: Black Friday retail sales were far below expectations. Should we just forget it next year?

A: I get the impression that retailers have had a pretty poor November. The terrorist attack in Paris reduced footfall in big shopping centres and Black Friday doesn’t seem to have made things any better.

When I was a lad, working alongside old fashioned retailers, we had a simpler approach to special offers. We sold everything at full margin up to Christmas and sold off the surplus stock in a January sale.

Apart from the furniture and carpet stores that have always promoted price reductions throughout the year, the only shops that put on offers before Christmas were multiple tailors including John Collier and Hepworths who mainly sold made to measure suits with a 10-day delivery.

Understandably, they started their sale as soon as a new suit couldn’t be delivered by Christmas.

Gerald Ratner was one of the first retailers to provocatively cut prices in early December. He enjoyed two years of spectacular success before finding it was impossible to bring out even bigger bargains year after year.

Despite lower margins his jewellery sales were on the slide before his unfortunate speech to the IoD made matters much worse.

More recently some of the department stores along with M&S have lost their nerve and held short and sharp pre-Christmas sales to boost flagging sales, but Black Friday has spread the discount disease right across the high street and it is now in danger of becoming a permanent feature of the on-line shopping calendar.

As a trainee shoe buyer I was taught that anyone can increase turnover if they give the goods away, but it takes a clever merchant to make enough margin to make real money. I wonder whether some of the Black Friday backers are buying record turnovers at a record level of loss.

After a few years, special bargain events aren’t that special any more, but once you start taking the price promotion pill it is difficult to break the habit.

This year’s disappointing sales may reduce retail enthusiasm for Black Friday in 2016, but it will be a very long time before retailers realise the benefits of a full-price Christmas followed by a genuine January sale.