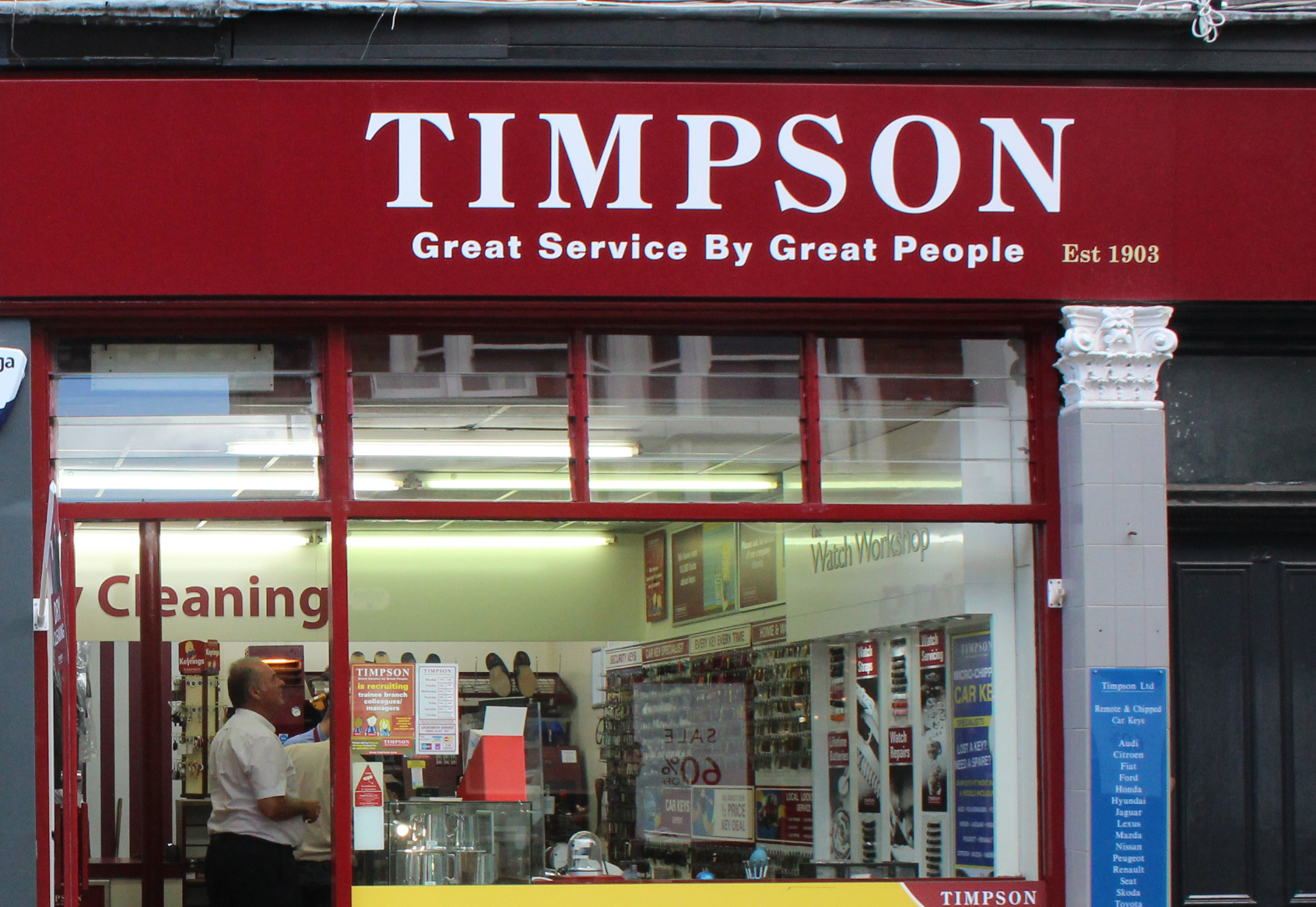 We are delighted to announce that the Timpson Group (including the Max Spielmann and Johnsons the Cleaners brands) has been accredited with the Fair Tax Mark, demonstrating our commitment to paying the right amount of tax, at the right time and in the right place. The accreditation comes at the opening of the UK’s first ever Fair Tax Fortnight, and alongside the release of new research about the public’s attitude to tax and good corporate conduct.

7 in 10 (69%) think it’s important to celebrate businesses that can demonstrate they pay the right amount of tax and who overtly shun the artificial use of tax havens and contrived tax avoidance practices.

The accreditation of Timpson and our 2,046 stores takes the total number of certified Fair Tax Mark outlets and offices to over 6,500, They join a host of other responsible tax businesses, including Richer Sounds, AMT Coffee, The Co-op, SSE and Lush Cosmetics – who all recognise the benefit of being able to demonstrate their commitment to fair tax practices.

“Timpson Group is now an accredited Fair Tax Mark business, with an exemplary approach to paying tax and communicating this openly and honestly.

“Too often, tax makes the headlines for all the wrong reasons. There is an almost daily stream of stories of evasion and aggressive avoidance – which not only distort our economy but also undermine the opportunity for business to compete fairly. It is estimated that €600bn of corporate profits are annually shifted to tax havens, with corporate tax revenue losses globally of €200bn per year – which equates to approximately £7bn of missing revenues in the UK. Fair Tax Fortnight aims to celebrate the companies like Timpson that are seeking to do the right thing and are proud to pay their fair share of corporation tax, and who overtly shun the artificial use of tax havens and contrived tax avoidance practices. The polling released today shows that this resonates strongly with the UK public – who want to shop with, work in and celebrate fair tax enterprises.”

Fair Tax Fortnight, 9-24th June, is a celebration of businesses and organisations that take a responsible approach to tax planning. The Fortnight will be a marked by events across the UK, and include roundtable discussions, coffee mornings, film screenings and a series of further accreditation announcements.

James Timpson, Chief Executive, Timpson Group said: “We are happy and proud to pay our taxes and have always strived to pay tax in the spirit of the law, rather than pursue tax avoidance schemes, which albeit legal, hardly promote a level playing field or a fair contribution to the communities in which we trade. Achieving accreditation from the Fair Tax Mark and ensuring our standards towards tax are the highest they can be, is just one way we can demonstrate to our customers and colleagues our commitment to being a responsible organisation. Not only is that the right thing to do, but it makes business sense too; as the polling reveals, more people want to shop with and work for Fair Tax organisations, so accreditation makes perfect sense.”

Fair Tax Fortnight has been developed by the Fair Tax Mark, with kind support from the Friends Provident Foundation and the Joffe Charitable Trust.

Consumers looking to support businesses committed to paying their fair share of tax can find the more than 6,500 shops and offices of Fair Tax Mark accredited organisations at www.fairtaxmark.net/map

*All polling results are from research undertaken by ICM and commissioned by the Fair Tax Mark. The ICM Omnibus is a nationally representative omnibus survey of 2,020 adults across GB. Polling occurred between 18th and 21st May 2018. The figures have been weighted and are representative of all GB adults (aged 18+)