Alex Timpson MBE (née Dodd; 25 April 1946 – 5 January 2016) was a fierce and passionate campaigner for the rights of looked after children – those who are fostered and adopted – for much of her adult life. 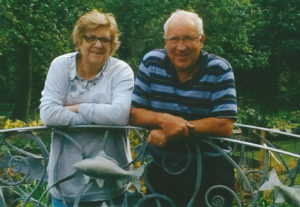 Alex grew up in Lymm, Cheshire. She met John Timpson at Hale Tennis Club in 1965 and the pair married two years later. Together, the couple had three children, Victoria, James and Edward and adopted two sons, Oliver and Henry.

John and Alex became foster carers in 1983, and over a period of 30 years fostered 90 children and young people, continuing to provide love and sanctuary  to many in their Cheshire home long after they had left the care system. In the 2006 New Year Honours List, Alex was awarded the MBE for Services to Children and Families.

Between caring for looked after children Alex also ran a very successful country house nursery, was a Governor to several schools, and revelled in becoming the licensee of the White Eagle pub in Anglesey – pioneering the transformation of not only the pub itself but the island too, from culinary backwater to a true gastro destination. 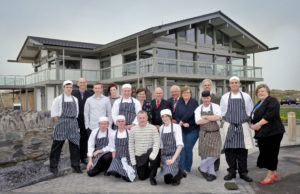 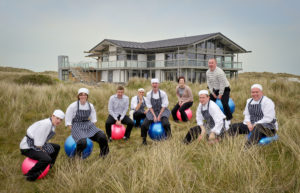 A particularly joyful experience for Alex was the creation of the Oyster Catcher Chef’s Academy. This groundbreaking project on Anglesey, where Alex had loved holidaying since childhood, was launched in association with Coleg Menai in 2012.

Offering disadvantaged young people the opportunity to learn catering and hospitality skills under the expert tutelage of leading UK chef Roger Gorman, Alex became a mentor to the pioneering first cohort of young chefs. She took enormous pride in them all as they graduated into employment at the stunning Oyster Catcher restaurant in

Rhosneigr – an eye-catching Huf Haus build on the footprint of the old Maelog Lake hotel.

After retiring as a foster carer, Alex continued to support families with young children by becoming a volunteer with Home Start, offering support and guidance to parents in East Cheshire in their own homes. 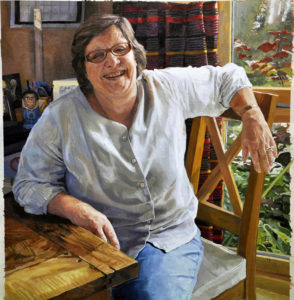 Alex was a big personality. Unpretentious with a great sense of humour, she had a huge warmth and endless capacity for nurturing children and young people through some of the most difficult periods of their young lives. Her impact on the Timpson business and her vast extended family is best summed up by son James’s tribute to his mother at her Memorial Service held at their Cheshire home shortly after Alex’s untimely death aged 66 in January 2016.

“She left a substantial legacy of love and friendship.  I know she would want to be remembered for what she gave, the countless people she inspired, and her devotion to John and her family. Her support to John and I as we have grown the business is for me the defining factor in its success.”

Alex frequently said she didn’t just want to ‘take’ in life, she wanted to give something back: the Alex Timpson Trust is her legacy, not only to looked after children, but all children and their families who at times might benefit from emotional support, encouragement and care.

The Alex Timpson Trust is a registered charity with the Charity Commission.
Charity Number 1174098